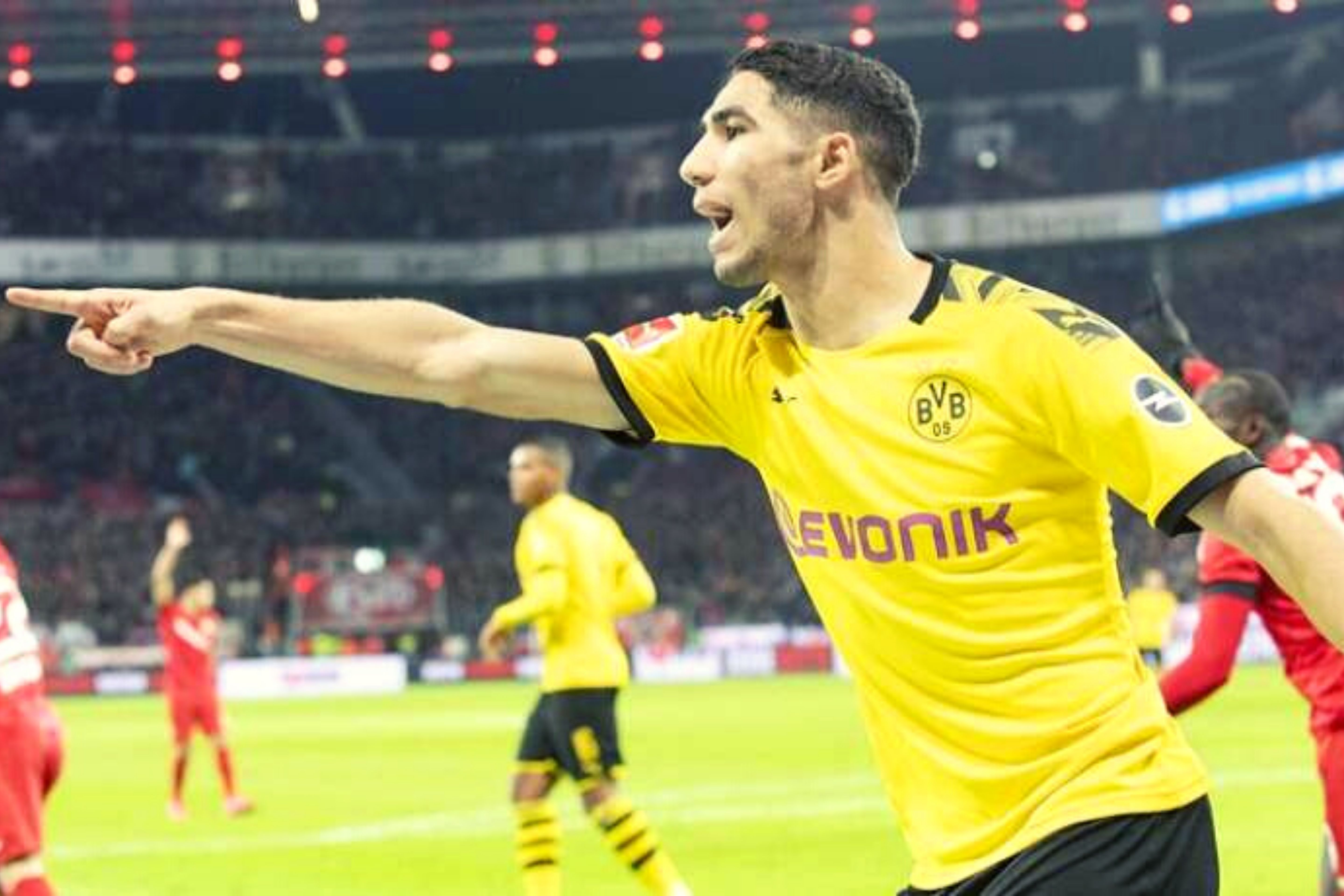 The Moroccan international Achraf Hakimi, on loan from Real Madrid to Borussia Dortmund, will continue his adventure at the club in the Spanish capital until 2023, as reported by the Spanish newspaper Marca on Saturday.

Initially under contract until June 2021, the 21-year-old right-back would have signed an extension to his contract before returning to the merengues following a two-season loan period at Borussia Dortmund.

“Achraf Akimi has become one of the revelations of European football since his arrival at Borussia Dortmund in the summer of 2018, and his value has skyrocketed in the last season,” the Spanish publication writes, assuring that Real Madrid now has “one of the jewels of the European football market”.

Several major European teams, such as Bayern Munich and Juventus, have taken an interest in the Moroccan international player, which prompted Florentino Pérez’s club to anticipate events and renew Hakimi’s contract with a “galactic” release clause, according to “Marca”.

Achraf Hakimi came to Real Madrid in 2006 and has played in every category at Real Madrid. He played 9 La Liga games under Zidane in the 2017-2018 season.