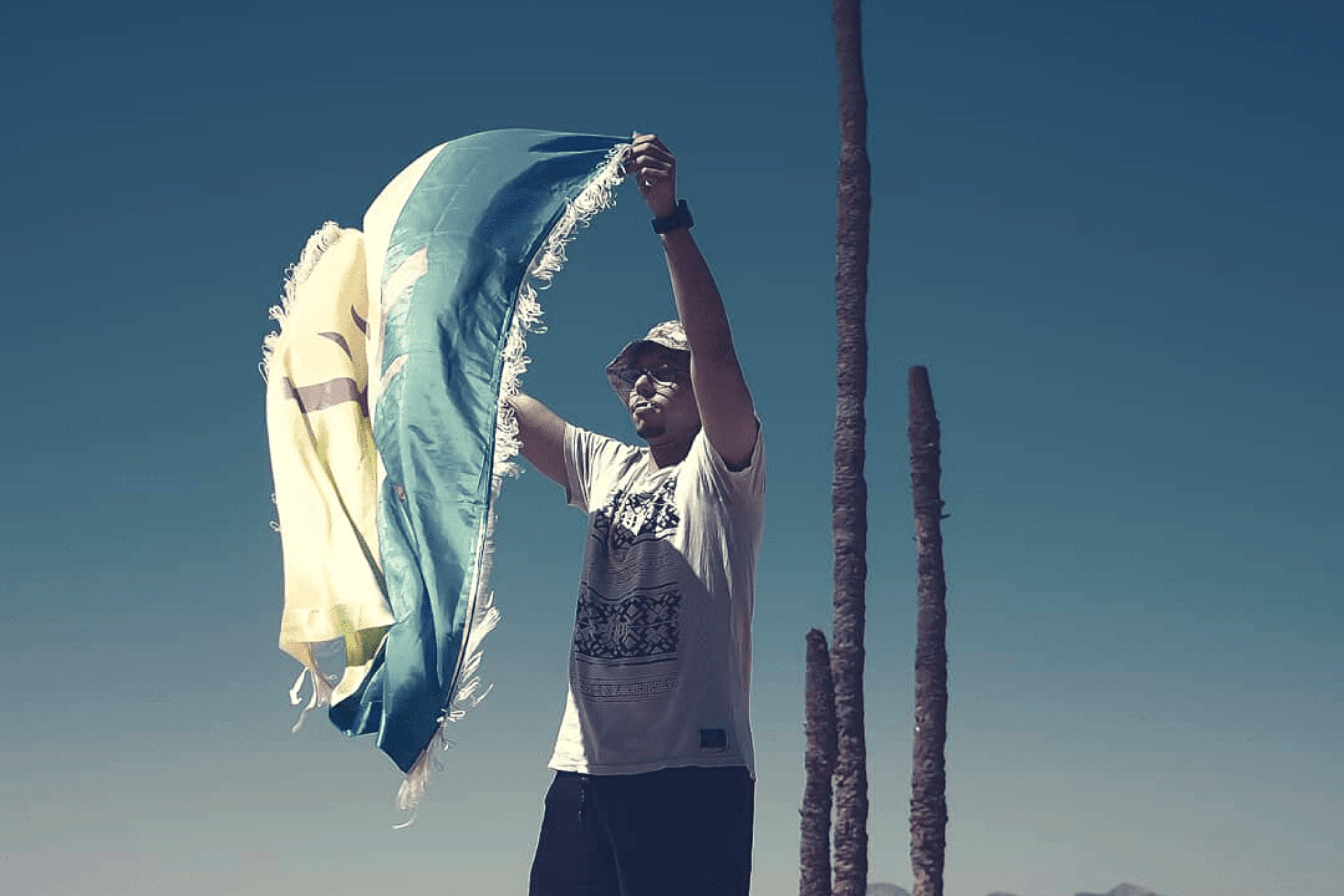 Iguidr, a Moroccan Rapper who has been in and out the rap scene for the past few years, has finally gathered all the ingredients to focus on his musical career.

Being under the same sky as Morocco’s most talented rapper, Inkonnu, the cherry on Iguidr’s music, has given birth way to a new style of Moroccan hiphop. Despite stemming from two different backgrounds, the two artists gave it their best to come up with “Mazaguiss Illane”, which is a rap song performed in both Moroccan Dialect and Amazighi.

Iguidr has collaborated with a number of established Moroccan rappers and is currently working on his new EP.

He was nicknamed “IGUIDR” as a reference to being ‘revolutionary’ and he intends to revolutionize the Hip hop scene in Morocco by bringing his Amazigh cultural roots to Hip hop.