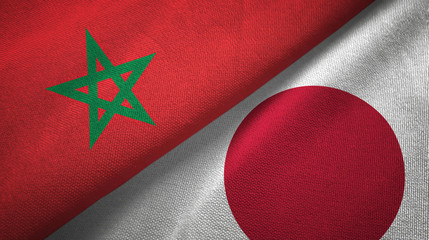 Two donation contracts to finance local sustainable development projects were signed on Wednesday in Rabat between the Japanese Embassy and two Moroccan associations for a total value of MAD 1.44 million.

The Ambassador Extraordinary and Plenipotentiary of Japan seals its approval to the Kingdom of Morocco, Shinozuka Takashi, and the representatives of the two associations in the province of Chtouka Ait Baha, these non-refundable grant contracts from the Japanese government are part of the “Assistance to Local Projects Contributing to Human Security” (APL) program to set up in several regions of the kingdom.

The first donation, granted to the Tighmrt Takoucht Ait Soab Association, consists of the construction of a 1,570-meter long track for the benefit of 1,400 inhabitants of the rural commune of Aouguenz.

This project aims to contribute to local socio-economic development and improve the living conditions of the inhabitants spread over three douars by facilitating their access to administrative and social services.

Benefiting 700 people in the Taltemsen douar in the same commune, the second grant to the Taltemsen Association for Development, Environment and Agricultural Development is based on the supply of drinking water in the area to improve access and availability even in times of drought.

In a special address, Shinozuka Takashi stressed that “Japan committed more than 50 years ago to work with Morocco for its development, which has been a great epic under the high impulse of the two great Sovereigns.

“We hope that the implementation of these two projects by local associations will improve the living conditions of the citizens of the commune,” he said.

Since 1989, 364 projects have been financed in Morocco thanks to grants dedicated to local micro-projects for a total amount of 172,741,000 dirhams.