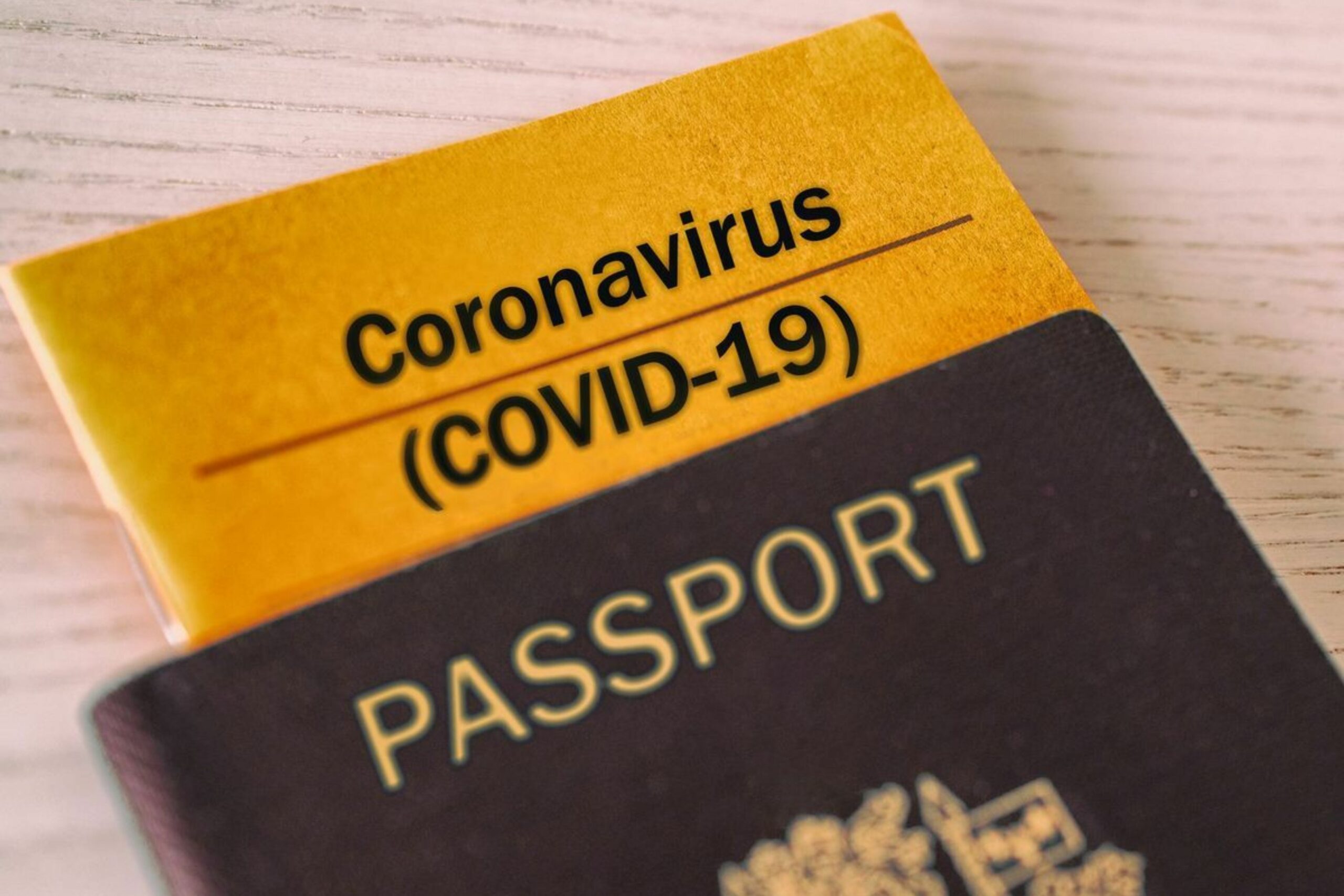 Vaccine passport: What is it? What is its purpose and who will implement it?

The Covid-19 group at the Royal Society of the University of Oxford has published a report on coronavirus vaccination passports/certificates, which have attracted a lot of attention in recent months since countries around the world began rolling out their vaccination campaigns. According to Professor Mills, director of the Leverhulme Population Science Center, the fundamental question that needs to be asked when it comes to vaccine passports is what the government granting them intends to use them for.

“Is it a passport to allow international travel, or could it be used domestically to allow holders greater freedoms? “, asks Professor Mills while adding that how these passports are used will have critical importance on “a wide range of legal and ethical issues that need to be fully explored and could inadvertently discriminate or exacerbate existing inequalities.”

What is a vaccine passport?

As Europe’s summer vacations approach, some top destinations like Greece and Spain are pushing the European Union to introduce digital “vaccine passports” to make it easier for visitors – and tourist dollars – to enter.

But what some countries see as a path to reopening has been seen by others, led by France and Germany, as a path to a two-tiered system that could leave unvaccinated people as strangers in places like gyms, restaurants and movie theaters. It will therefore be up to the Council of State or the Constitutional Council to “verify whether the infringements on freedoms are necessary and proportionate to the objective.” “Immunity passports could reinforce inequalities within and between countries,” said Emilian Kavalski, a professor at the University of Nottingham campus in Ningbo, China. In Brussels, the European Commission is working on a common certification to facilitate travel within the EU.

A few months before the summer vacations, initiatives are multiplying, taking international institutions by storm. At the beginning of February, Greece and Israel signed a tourist agreement. This agreement will allow their vaccinated citizens to travel without restrictions in these two countries, thanks to a “green passport”. Israel, where more than half the population has received at least one injection of the vaccine, is very active on the “vaccine passport” and has signed an identical agreement with Cyprus. Talks are underway with Malta, Romania, Serbia and the Seychelles. For the implementation of this document, three criteria will be taken into account, according to a tweet from the President of the European Commission, Ursula von der Leyen. The certificate will either certify that the person has been vaccinated, or provide proof of a recent negative test for Covid-19, or provide assurance that the person is immune after being infected.

Such an approach is not new: the World Health Organization (WHO), for example, has introduced a “yellow booklet”, a certificate of vaccination required for entry into several African countries. “This type of certification has been used in the past (for example, with yellow fever) and it is not unreasonable to use it in the future for other contagious diseases, including Covid-19,” say Alberto Alemanno and Luiza Bialasiewicz, specialists in European studies.

Would a vaccine passport be health efficient?

A vaccine passport is based on the assumption that those vaccinated would no longer be infectious if they were to encounter SARS-CoV-2 again and is intended to certify this. However, at the time of writing, there is no certainty that currently marketed vaccines can make 100% of vaccinees safe for others. “The scientific evidence currently available suggests that while Covid-19 vaccines stop symptoms, they do not entirely stop transmission of the virus and only slow it down. Therefore, the scientific rationale behind this proposal seems questionable,” say Alberto Alemanno and Luiza Bialasiewicz.

What about the use of the vaccine passport:

The Moroccan health passport will take the form of a certificate of vaccination against Covi19 that travelers will soon be able to download from the official website of the vaccination campaign. “On the portal Liqahcorona.ma, there is a section where you can, once you have received the second dose of vaccine, retrieve a vaccination certificate. For now, this section is disabled, but once the second doses begin to be administered, the certificate will be downloadable. Once vaccinated, Moroccan citizens wishing to travel outside of Morocco will be required to present proof of their vaccination. This was stated by the Minister of Health, Khalid Ait Taleb, during a television appearance at the end of November, asking Moroccans to “project themselves now into the post-pandemic world”.

The European Commission will present on March 17, 2021 a draft digital “green passport” attesting to its holder’s vaccination against Covid-19 or a negative test for travel, announced Monday Ursula von der Leyen, president of the Commission.

China has begun implementing an international vaccine health certificate with the expectation that it will soon be recognized by other countries. The country is one of the first in the world to issue a vaccine passport showing the details of a traveler’s Covid-19 inoculation, as well as the results of nucleic acid and antibody tests. Foreign Minister Wang Yi announced the initiative at a press conference on March 7. The passport, available in digital and paper formats, will help promote global economic recovery and facilitate cross-border travel. Ministry spokesman Zhao Lijian said, “The pandemic is still with us, but the global economy must recover and people-to-people exchanges resume without further delay. China is ready to discuss with other countries the establishment of mutually recognized mechanisms for health codes.

In Britain, more than 200,000 people have signed a petition that could be debated in Parliament against the introduction of a vaccination certificate, as it could be “used to restrict the rights of people who have refused a Covid-19 vaccine”.

The Danish government has said that within the next three to two months it will roll out a digital passport that will allow citizens to show that they have been vaccinated.

Poland also launched a digital vaccine passport last month. Citizens who receive two doses of vaccine receive a confirmation document with a unique QR code, downloadable only from the traveler’s personal public health account. A printed version is available for those without a smartphone.

The International Air Travel Association, which has 290 member airlines, has launched a travel app that will allow immigration authorities and airlines to collect and share travelers’ Covid-19 vaccination and test results. Singapore Airlines will be the first carrier to use the app on its Singapore-London flights beginning March 15, and as many as 30 other airlines will test it over the next two months.

What are the potential barriers to vaccine passports?

In a world where more than 1 billion people are unable to prove their identity because they lack passports, birth certificates, driver’s licenses, or national ID cards, digital documents showing immunization status could increase inequities and risks, leaving many people behind. It will be years before vaccines are universally available on a global scale. Therefore, testing will continue in parallel with vaccination to enable safe and equitable return to travel and other public activities. According to the WHO, approximately 3.6 billion people worldwide cannot access the Internet, and more than 1.1 billion cannot officially prove their identity. For many, paper passes will remain indispensable.

In addition, there are concerns about privacy and data sharing. It is therefore important that the technology aspect of these applications is open and not under the control of any government or company. The technology should be open source and accessible to technologists, whoever and wherever they are. Coordinating the various existing and developing vaccine passports in the marketplace, and ensuring that user certifications are linked to verified and approved medical facilities, will also be a major challenge.