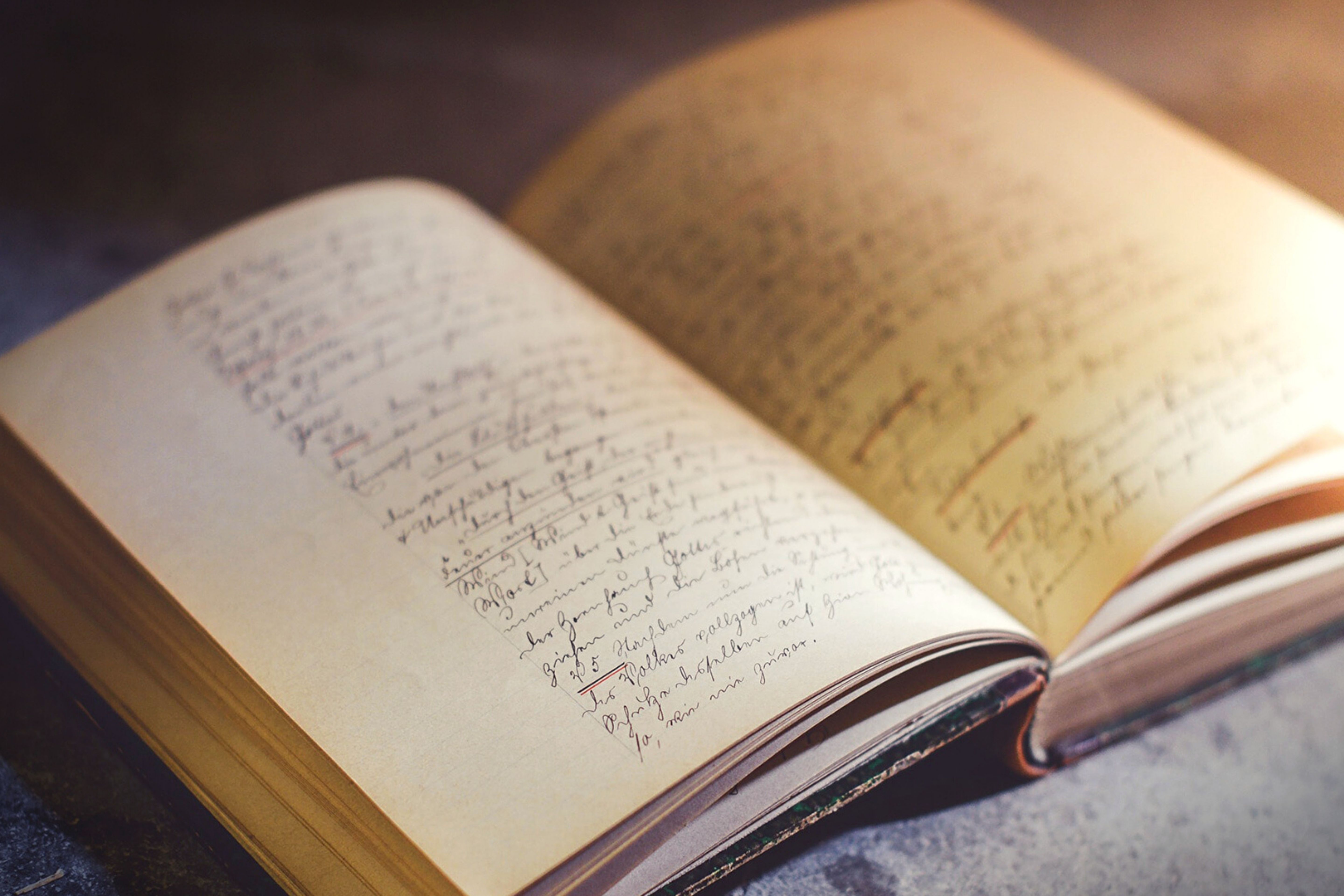 Why Do I Keep a Diary?

My first diary was a sort of a mourning diary. When I was eighteen or nineteen, I met this girl on Planet Zuckerberg. She was from Tangier; she was into metal music which I was crazy about back then. We bonded over that, we corresponded almost daily for a couple of months. Things snowballed. I fell in love. And then one day she disappeared without a trace.

Those things happen a lot on Facebook: people vanishing from your messenger or news feed. They deactivate their accounts or block you, or worse, become amnesiac towards you – or you towards them.

I didn’t even know her real name. I used her nom de plume to look for her; nada. So, I bought a green notebook and started writing her posthumous poems. I filled the thing with my confusion, my loss & sorrow. When there were no virgin pages left in it, I tossed it away to a corner of my room. It stayed there for years like a patient, blind pet, stoically gathering dust – waiting to be patted, waiting to be remembered.

Four or five years passed before I opened it one Sunday afternoon. Couldn’t read more than three pages, three poems, one of them was called ‘The Dying of Light’; this time I did not simply toss it away, but made sure to discard it totally, to banish it for good. It is lost now – forever, like the girl who inspired it.

Why does a twenty-four-year-old loner with a life as void of events as a Dutch landscape painting keep a diary? Because this life of mine will never happen again. There is no heaven or hell for people like me, no incarnation either. This is my only moment under the sun, ephemeral as it is. Life, whether spent in a harem full of grapes & concubines or in a barrel of shit, is worth living, and if it is worth living it is worth chronicling too.

I believe in archives. I don’t believe they have some superpower to alter the past or change the present or predict the future, but I believe that they can save some of our most intimate moments from the quicksand of forgetfulness, and I find that ‘assurance’ satisfying somehow.

Why do I keep a diary? Because I can’t forget, because I must not forget, because I’m trying to hoard as many pieces of my life as possible; I want all that debris to be kept somewhere. I don’t need the debris itself, but the thought that it exists, and that it has taken a physical space in this world.

On the nights when I can’t sleep or do much of anything – no reading, no television – I get my box of diaries from under the bed and embrace it for a while. I open it, take a random diary and flip the pages, not looking at the entries, but simply flipping the paper, feeling it. Those moments, those feelings, those thoughts, that magical Friday afternoon with HER is still there, will always be there. Those Latin letters and that dry ink on many a page is my life!